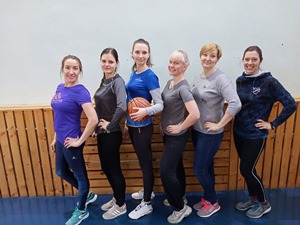 Streetball Competition
On the 18th February, a competition in Street Ball took place within the frames of the Sports and Athletic Contest among the labor collectives

SPORTS CONTEST AMONG LABOR COLLECTIVES
On January 21st swimming competitions were held in the sports and recreation complex “Dolphin”, in which employees of our company took part.

ANNOUNCED GRATITUDE
On january 20th the results of the Penza enterprises New Year designs were summed up in the Oktyabrsky District Administration.

The first victory at the first corporate tournament
6 teams took part in football tournament. According to the regulations, teams were divided into 2 groups with 3 participating teams in each group. From the very beginning of the match and up until the last goal our team proved to be an absolute leader of the tournament.


The team was awarded with a diploma, cup, medals and trophies.

Radiozavod conducted excursion for pupils of Penza Lyceum of information technologies № 73
Excursion at the factory is a good opportunity for pupils to see how industrial production is organized, what kind of equipment is used; it is a chance to get acquainted with grown-up professions and “try them on”.

During the excursion special attention was paid to the interests of pupils: peculiarity of instrument engineering and electronics.
Pupils have got acquainted with the technological processes on the big enterprise by the example of work of three workshops: framework production and press forming workshop, assembling workshop and machining workshop.

We are proud of our employees!
Leading specialist of NIO-1 STC, Petr Mokshanov , was awarded with a medal of the order For the Service to Homeland of the second degree for big contribution into Homeland defense, success in maintaining high combat readiness of central bodies of military management, of military units and organizations included into types and corpses of Armed Forces of the Russian Federation.